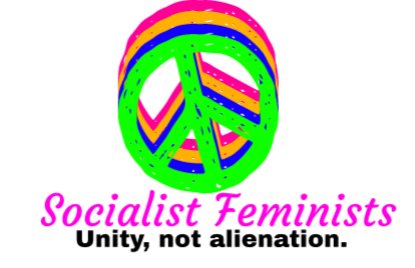 Ashton Deroy writes: I identify as a Labor or Liberal Socialist but I have never engaged in protest with a job I have actually had. I have however accidentally been honest about the working conditions in Telemarketing and almost got another employee alarmed enough to almost take collective action. Believe it or not? This was not something I was eager to do.

Do I really want to shut down an employer for the sake of financial attrition in a battle to form a union? Or do I want to secure employment with an easy to cooperate background? I’ve said the things I’ve needed to say and I have left the places I wanted to leave. I do think many workplaces would be more sustainable from a sociocultural standpoint with the social-democratic style regulation and cultural expectation.  However, you got to form a collective in order to do that. You have to be an artist in social politics to manage it. I was just a good propaganda machine with an Advertising Diploma back then. However, this had serious Economic considerations beyond my knowledge at this time. For example, what if the Business pulled itself out of the community? How would everyone feed their kids?

The truth is when I had a colleague sincerely inquiring at protesting in our Telemarketing job in Quinte West. I did not hesitate to back down from that challenge like a responsibility I wasn’t ready for. I am ready to say that my rhetoric had been negative but my intention was not to disturb harmonies in the organization from within. Do I think it is an option that should be considered?

Absolutely, we can not have outsourcing practices that consider to give the bare minimum incentives to our community and expect the personal maximum in executions. I do believe the matters that will collapse call center culture will be related to a discussion on a cliche pre-conceived idea of a bizarre social experiment in Corporate ownership culture. From there future historians will have to explain what went terribly wrong and ended this culture. Literally, I do not believe this form of organization will be able to exist in the present style practices in the future. Future call centers will have to be better thought out more democratic style workplaces in order for it to match the expectations of an advanced digital society. The dignity one in the future would expect might just include not being timed for how long you were on the toilet for, that idea will just be a memory of an older society with much more tyranny.

We have evolved as society passed the ideals of individual ownership & severe authoritarian rule. So why haven’t our workplace rights evolved to suit our needs? Will I need to in my life become a passionate striker or protestor? Or will my country find a rush of highly needed Progress in employment rights and execution of that by the law? Either way it has been a slow walk in the lane of progress. Slowed down by our big dumb regressive American neighbors.

If you read this a few decades from now. Try to read comparative healthcare systems for Canada and the United States in 2020 during the Coronavirus pandemic. As I think this will openly explain why Canadians mock the American mentality. Uncompromising Capitalism with it managing every resource. You are joking right? Literally this style of economics was proven useless by experiments performed in the early 19th century.